Well, the winter is well upon us, bringing with it a prickling desire to throw ourselves into the chilly joys of Italy’s winter arena. We have selected a prime mountain location, an enchanting wonderland of rich natural beauty enclosed in the embrace of the Monti Sibillini.

The Sibillini mountain chain runs along 40 Km of the Umbrian/Marchesian divide, spanning the distance between the Tyrrhenian Sea and the Adriatic and ending at the Monte Vettore (alt. 2476 meters). The area is composed of huge elevated mesas encircled by the towering mountain walls such as the Monte Bove and the Pizzo del Diavolo. Indeed, principle attractions of the region are the waving plains of the Pian Perduto, Pian dei Pantani, Quarto di San Lorenzo and the Piano Grande di Castelluccio prairies. The area is the fruitful result of a thousand-year symbiosis between man and Mother Nature, the former laboring respectfully with a thought to future generations. 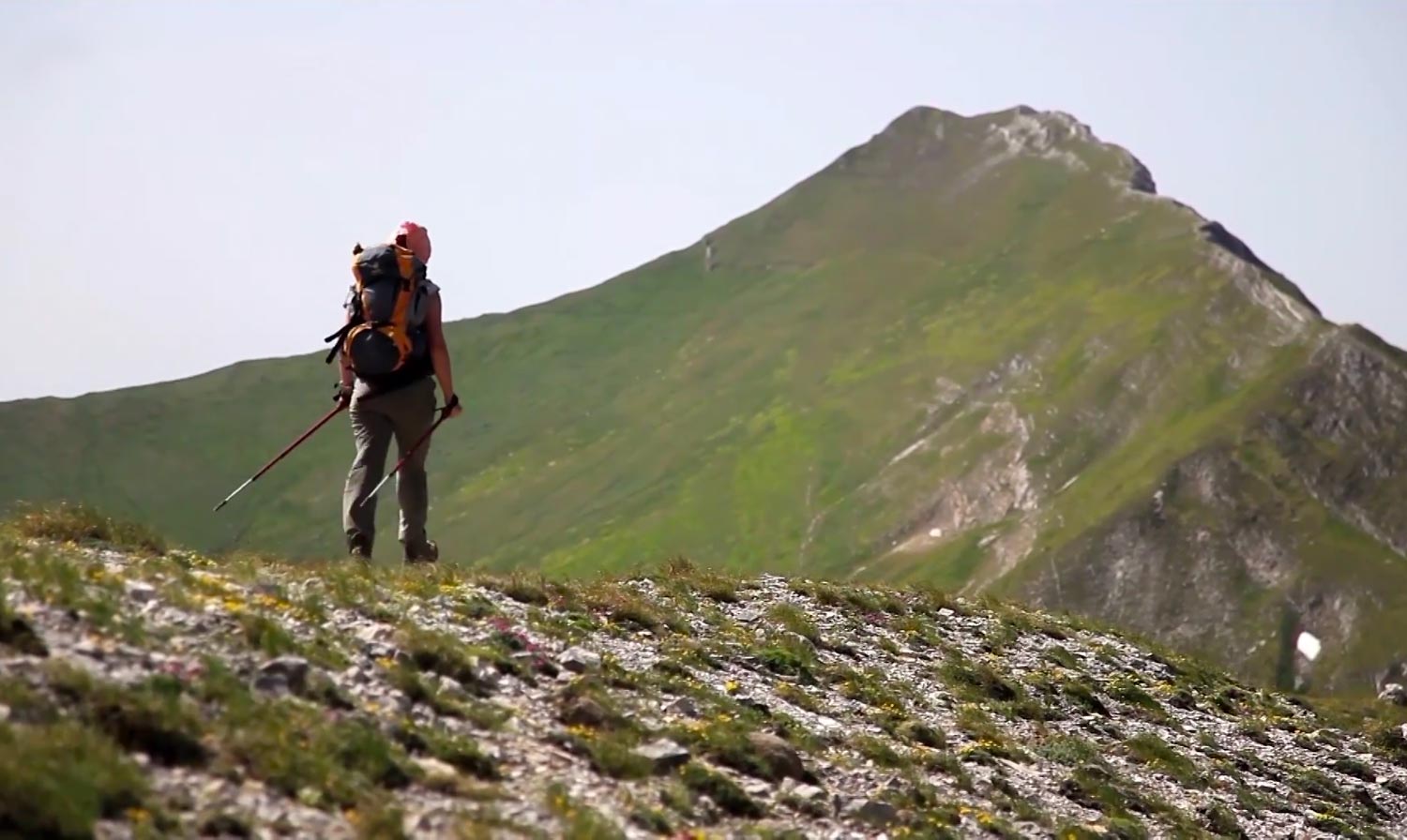 At the heart of this fascinating place is the Sibillini National Park, established in 1933 to include an area between the Marches (Ascoli Piceno e Macerata provinces) and Umbria (Perugia province). Exploring the park on foot, it is immediately apparent that the vegetation begins to change, as if by magic as the altitude increases, gradually climbing to 500m. at its summit. Up to around the 1000 m. mark, the terrain consists primarily of oak, Black Hornbeam and Manna Ash with some beeches interspersed. Moving up the mountain, the other species gradually fall away, replaced completely by beech trees.

Above the tree line, the pastures produce several rare and interesting species: the Artemisia (Artemisia petrosa ssp. eriantha) and the Apennine alpine star (Leontopodium alpinum ssp. nivale) as well as the Viola eugeniae, Anemone millefoliata, Gentiana dinarica and Dryas octopetala. Gravelly patches sport clusters of Drypis spinosa ssp. spinosa, Isatis allionii, Linaria alpina, Robertia taraxacoides, etc. Also significant is the presence of Ephedra nebrodensis in Valnerina and of Carex disticha in Pian Grande. This is one of the two existing natural sites in all of Italy.

The national park’s natural charms are enhanced by the diffused presence of numerous points of interest of medieval origin. These sites of both historical and architectural interest are situated in strategic positions along the main walkways.

From among the more interesting of these sites, we recommend: Norcia (Pg), Amandola (Civitanova Marche) and Arquata del Tronto (Ap). This approach provides access to the Monte Sibilla where, according to legend, a famous oracle once lived.

Yes, natural beauty abounds, but there is also a great deal to absorb in terms of history, tradition and creative inspiration. The park’s various allures are more strongly felt in some areas than others, with each area offering something unique. There are therefore four “versions” of the park, as detailed below: