Valle d’Aosta has the distinction of being Italy’s smallest region. 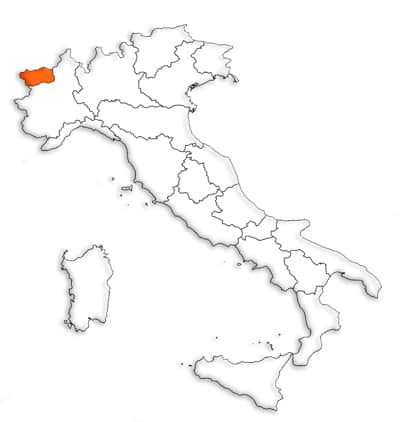 Countryside characterizes most of the land, with ski resorts that draw international visitors. Because Valle d’Aosta was once part of the French-speaking principality of Savoy, French is still commonly spoken in this region even today. Medieval castles and clusters of chapels known as “sacri monti” dot the foothills of the Alps just to the north.

Courmayeur, Cogne, Gressoney, Cervinia, Champoluc are the most important towns in this valley, where one can feel the fresh and clean air from the Alps. National wildlife parks in the summer, great skiing in the winter on the Monte Bianco (Montblanc).

The four seasons of Valle d’Aosta

by M. Scaiola with J. Terry

Despite Valle d’Aosta’s small size, you never run out of things to do. Though winter offers the widest variety of activities, visitors can enjoy themselves year-round.

Winter
Matteo likes to visit Valle d’Aosta when snow covers the mountains. He’s an avid skier and can usually be found at Breuil-Cervinia (200 km of slopes!). “You can choose whether you want to ski in Italy or Switzerland because Zermatt and Cervinia are linked,” he explains. Plateu Rosa is the ideal spot to make this choice, he continues.

Courmayeur, at the foot of Monte Bianco, wins his vote for the region’s most charming city. Indeed, he says, “it’s a meeting place for the jet set.” “I suggest crossing Monte Bianco from Courmayeur to Chamonix in France. Wow! One of the most gorgeous views I have ever seen,” he exclaims. Monte Bianco, the highest mountain in Europe, and its surrounding glaciers provide an unforgettable sight, no matter how often you see it.

Basking in the shadow of Monte Rosa sits Champoluc, another fine site for skiing. Should you wish to test the snow in France, head to nearby La Thuile. Where else can you ski in three different countries from one location?

Summer
The warm weather invites people to hike, go mushroom picking, and enjoy the numerous outdoor fairs. A trip to the Gran Paradiso national park should definitely be on your list of things to do, advises Matteo. The park is a natural reserve where artwork is among the things preserved for the appreciation of thousands each year. “I think that there are more or less 10 castles from the Middle Ages to visit, one more beautiful than the next,” he writes.

Skiing isn’t out of the question, even in summer. “In Breuil-Cervinia, you can see all the Alps, if the day is clear, and if you are even luckier you can see the Ligurian Sea. In the summer, the sun is in the sky for about 14 hours.” The extended daylight allows for more spectacular views as well as more time to enjoy them.

Spring
Okay, this is not Valle d’Aosta’s best season… Rainfall impedes hiking and the melting snow compromises skiing. The views are still stunning, though.

Autumn
Though rain falls often in autumn, this season provides colorful expanses of foliage. Matteo assures readers that it is a very beautiful time of year. He likes to search for chestnuts, which are plentiful in the fall. The rain has a different quality in this season. It’s quieter, heavier, and seems to introduce the cold weather gradually. Spring rain, on the other hand, has a more vibrant, fresh feeling about it.

Year round
The Roman influence can be seen in the amphitheater, spas, bridges, and arches throughout Aosta, the region’s main city. Remnants of French culture are also in abundance – street signs, language, even food shows France’s imprint. Though Aosta has become increasingly industrial, losing some of the mountain charm in the process, the stone and wood homes still stand, having withstood the passing of centuries.

“You can find good restaurants everywhere,” Matteo promises. Fontina cheese and mocetta, a dry meat, represent typical fare in the region, though other wild meat (steenbok, rabbit, and chamois) is also fairly common.

Valle d’Aosta boasts wineries of the highest altitude in Europe, claims Matteo. Excellent wine can be found in Morgex. And after all that skiing, a good bottle of wine might be just the thing.

One Response to Valle d’Aosta